What’s happening with Lexmark? The last time we visited with Lexmark, the firm was fresh from introducing a number of stellar printers and MFPs – including a formidable A4 lineup – and software and solutions. Once a consistently growing company, Lexmark is now struggling a bit and there’s rumors of the firm separately selling off its printer/copier and software groups. What happened? Revenue has undoubtedly been affected by: the gradual decline in both consumer and office printing; protracted global economic recession; and unfavorable currency-exchange rates with Japan (that result in Japanese vendors being able to price their products much more competitively versus U.S. products). Currently, sources close to the matter report that Lexmark is considering separately selling its hardware and software assets, as it appears it was disappointed with offers for the entire company. These offers may have come from Japanese copier companies, as it appears unlikely that U.S.-based office-equipment vendors – Hewlett-Packard and Xerox – wouldn’t likely be interested in Lexmark for many reasons.

We’re kicking off the new year with a new Web-site design, optimized to support affordable and flexible advertising to reach our thousands of readers – from dealers, manufacturers, print-for-pay providers, marketing executives at OEM vendors, end-users, and more. Last year, nearly half-a-million visitors came to WirthConsulting.org, and we average 12,000 hits per day. Why? Because, since 2008, we’ve been an unbiased, tell-it-like-it-is source of news, analysis, and hands-on product testing. Please contact kathy@wirthconsulting.org to find out about our affordable sponsorships.

This week, Ricoh Company of Japan reported that it’s purchasing AnaJet. The California-based AnaJet markets various commercial printers – many of which use Ricoh’s industrial inkjet print heads – for printing on garments. According to our count, this makes Ricoh the third office-imaging vendor to enter the garment-printing market – the others being OKI Data and Epson. We’ve talked about how office-equipment vendors are transitioning to other printing applications – including production printing, textile printing, package printing, and even 3D printing – but one particularly interesting Ricoh application we weren’t aware of is printing vehicle wraps – as seen in the vehicle wrap (below) printed by the Ricoh Pro L4130/4160 wide-format printer, which also uses inkjet technology. 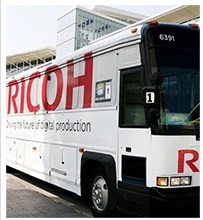 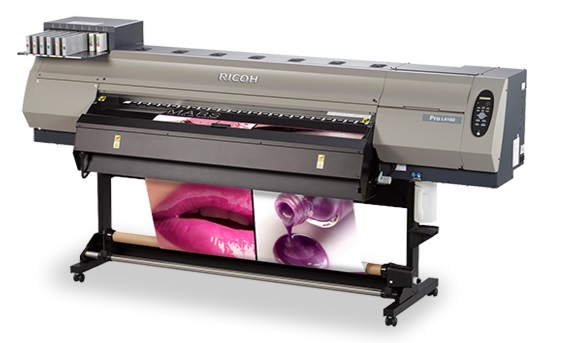 Due to the mysteries of oceans and tides, tons of articles wash up on the Cornish beaches of Cornwall in the United Kingdom. These not only include the recent appearance of HP ink cartridges and thousands of pink Vanish detergent bottles, but: SpaceX space debris; globules of palm oil (that have been killing local dogs); century-old rubber blocks bearing the word “Tjipetir”; millions of nautical-themed Lego pieces; a shipping container carrying tons of cigarettes; a message in a bottle that traveled all the way from the Bahamas; a large sealed package of what is thought to be cocaine (as well as a number of suspected drugs packages); BMW motorcycles, and more.

Two years ago, a study by the U.S.-based Office of National Marine Sanctuaries reported that the number of shipping containers lost increases every year and an estimated six million containers are at sea at any given time. Ultimately, about 10,000 shipping containers per year fall from cargo ships, resulting in contamination to the marine environment, but provide a beachcombers paradise in the U.K. HP, for its part, has stepped up to the plate, and is promising financial aid for the cleanup, and noting in a statement: “Based on global standards, we can confirm there is no risk to sea life from the ink, as it is water-based. We are in the process of setting up a fund in partnership with the Marine Conservation Society to support the collection of the cartridges and very much appreciate the support of the local beach-cleaning organizations and individuals who have been doing so.”

Lexmark Said to Be Considering Separate Sales of its Printer/Copier and Software Groups – Read more here.

Canon is First Among Japanese Companies, and Third Among U.S. Companies, for Patents Awarded in 2015 – Read more here.

Want to get the word out about your product or solution? This Web site receives 10,000 hits per day from readers throughout the world. Contact Kathy Wirth to learn about our affordable advertising rates and how you can reach our readers. 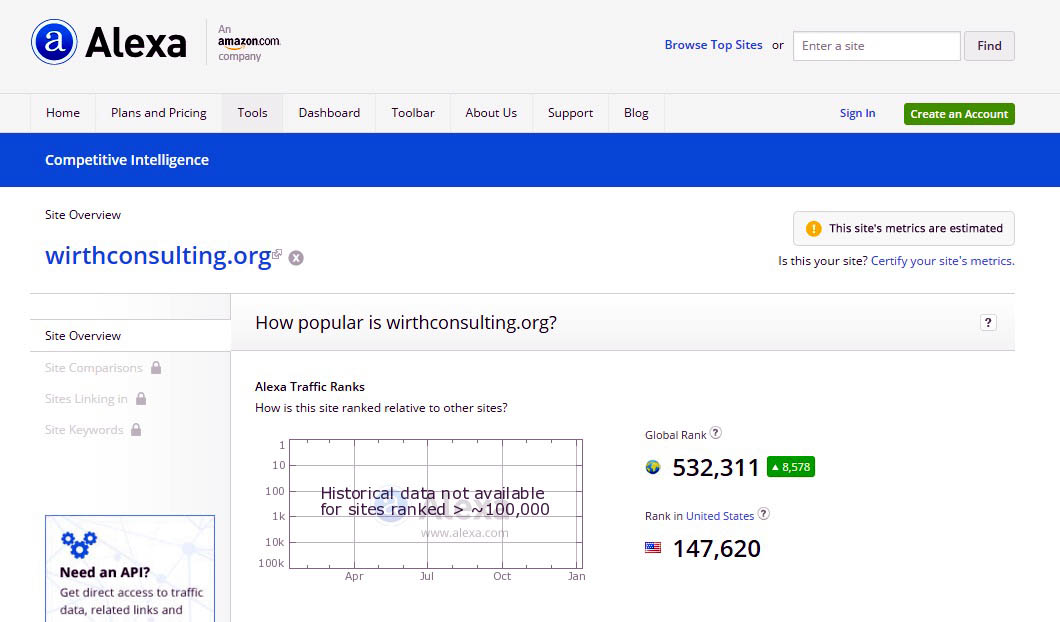 The First 3D-Printed Mechanical Watch is an Intricate Plastic Masterpiece

Grecia the Toucan Finally Has His New 3D-Printed Beak

3D Systems Abandons its Cube Printers, but DRM Means You Can’t Buy Filament From Anyone Else