At its two-day 2019 dealer conference this week, Konica Minolta Business Solutions USA announced its latest initiatives to help its dealers transition to new technologies and businesses, while reinforcing their traditional printer and copier business. According to the firm, organizations of every size and type will undergo massive transformation over the next several years, which is why dealer support will be critical. Accordingly, Konica Minolta introduced various new options, ideas, and programs for its dealers, with the goal of creating more opportunities for them.

Kevin Kern, senior vice president of Business Intelligence Services and Product Planning, commented: “Our approach to our core business is that we believe there’s still a lot of office MFP potential, which is why we are replacing our whole lineup over the next year. We are introducing a new series with brand new engines in both A3 and A4, designed to address critical issues of efficiency security, environmental consciousness, as well as (to) provide a simplified workflow.” 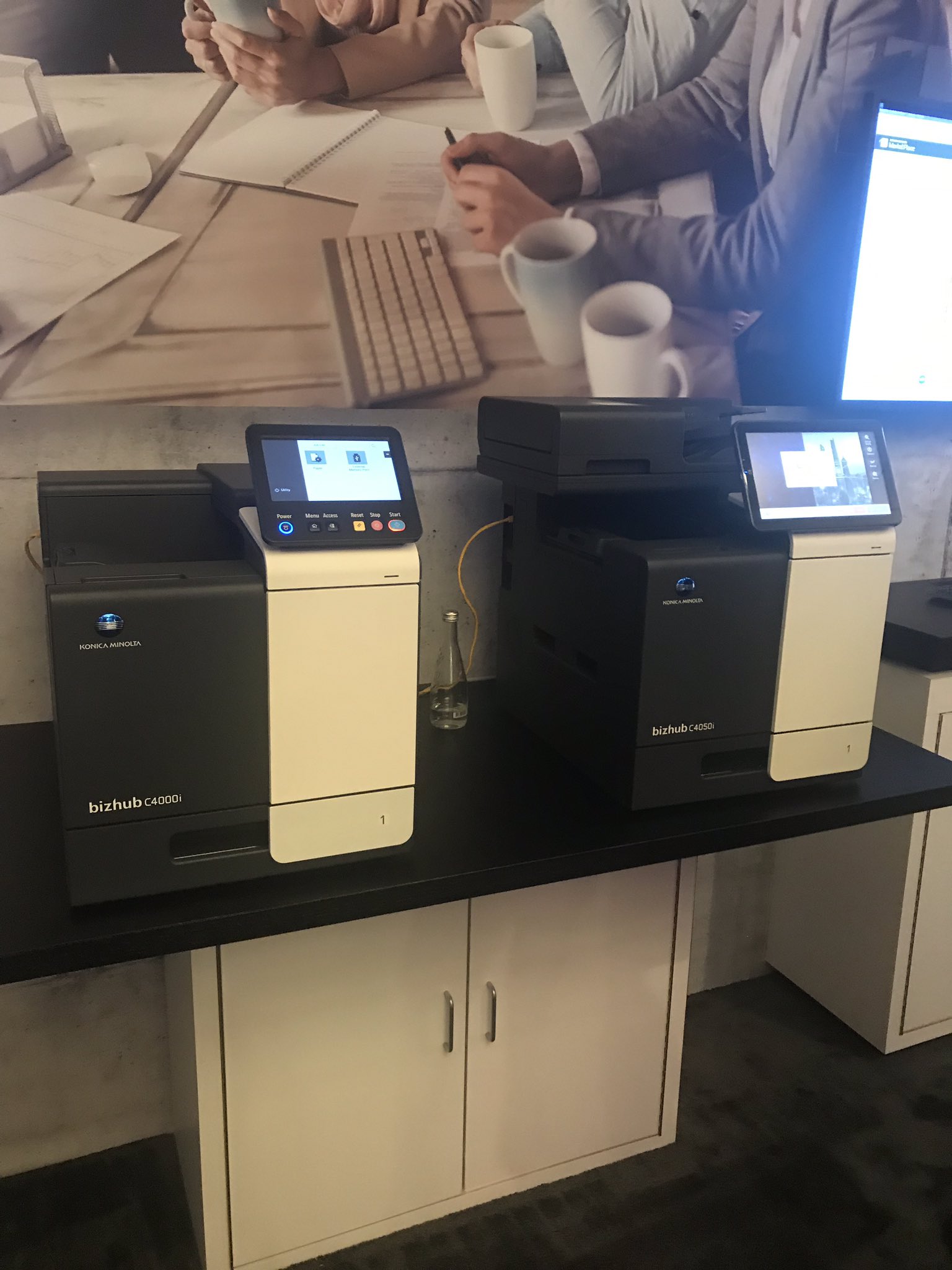 The iSeries Bizhub MFPs (above), which will be available in A3 and A4 formats, will be introduced later this year.

IT Services Via All Covered

Konica Minolta also continued to encourage dealers to branch out into managed services provided by Konica Minolta’s IT Services division, All Covered, with Laura Blackmer, senior vice president of Channel Sales remarking that provision of managed services by dealers doesn’t have to be “all or nothing,” noting that “Some dealers have added one solution, while some have developed huge IT businesses.”

Since 2013, through All Covered, Konica Minolta dealers have been able to provide their customers with cloud services, backup, security, and application-development solutions (see here for more information). Dealers can also provide services via other Konica Minolta partners.

Konica Minolta says its own business evolution has seen an “aggressive investment” in R&D and collaboration with partners. For instance last year, it notably acquired MWA Intelligence, and also last year, announced a partnership with inkjet-printing technology developer Memjet. Again last year, it acquired five companies designed to further enhance its managed services and ECM offerings, including the previously noted MWA and its FORZA offering, as well as Macprofessionals, Techline, VeBridge, and ThoughtTrace.

Konica Minolta Business Solutions USA President and CEO Rick Taylor commented: “Because we’re a large company with a long history, we’ve felt the growing pains of organizational change just as much as our customers, which makes us uniquely qualified to provide solutions for our dealers. At Konica Minolta, we believe the possibilities we can offer our dealers are limitless. We are making the case for our dealers to digitally transform and to provide new value-based offerings to grow their customer base and revenue.”

In recognition of the importance of strategic partnerships, Konica Minolta also announced that in November 2018, it had created a new position filled by Mark Simons, who is serving as senior vice president of Strategic Alliances.

Konica MInolta continues to expand into commercial and production printing, encouraging its dealers to do so also, and showcased its UV inkjet wide-format printers (below) and production-printing systems at the conference, including the AccurioWide 600 and 200 wide-format printers that it launched in September 2018. Also on display were label printers sourced from Muratec, which it purchased in August 2017.

Later this summer, Konica MInolta will launch the Precision Label Series PKG-675i, which is designed for the package-printing industry and prints on corrugated boards up to 47″ wide.

The AccurioWide printers can print on a wide range of media, as seen below. (For more information, see Konica Minolta Launches 1st Konica Minolta-Branded Wide-Format Printers).

As part of its Workplace of the Future platform, Konica Minolta also demonstrated its virtual receptionist visitor-management system – “Alice.”

As with other printer/copier companies, the imperative for dealers to diversify – while maintaining and growing in core print/copier market share – is not new. We’ve seen it with Sharp, Epson, HP Inc., Canon, and others, which, to varying degrees, have been diversifying into 3D printing, commercial and production printing, and even robotics and healthcare. While many have had their ups-and-downs, Konica Minolta – with its myriad acquisitions and partnerships – seems to be on the right course.

Konica Minolta announced its dealer award winners, which it recognized for their accomplishments during Konica Minolta’s fiscal year (April 1, 2017 – March 31, 2018).

Konica Minolta – which ranks number-one in “highest average dealer revenue of any manufacturer,” according to The Cannata Report’s 2018 Dealer Survey – honored top performers for their revenue growth and product sales.

“We recognize that organizations of every size and type will undergo massive transformation over the next several years. And our dealers are critical for the industry’s continued growth and forward momentum,” said Konica Minolta’s Taylor. “These awards are a great opportunity to let them know how much we value their business, and how proud we are of their success.”