The tech history has a long history of April Fool’s Day pranks, and last Friday, the folks at Samsung Printing Solutions unveiled an interesting one: a lunar-powered MFP, along with “paperless printing.” Although we’ve not yet reached paperless printing, or lunar-powered printers and MFPs, interestingly enough, there actually is an MFP that isn’t powered by the moon, but by the sun, the Risolar, which was introduced back in 2012:

Which got us to thinking about how seemingly patently absurd tech ideas sometimes just depend on a matter of perspective – and time. For instance, this week, Samsung Printing Solutions introduced a new app, Hancom Office, that lets users edit documents downloaded from USB flash drives directly on the Samsung MFP’s touch screen. This is something that most of us – back in the beginnings of the digital copier in the early 1990s – would probably thought was impossible. The most we could do back then was copy a document, and then highlight portions of the document to either perhaps delete those portions or apply a fancy border. 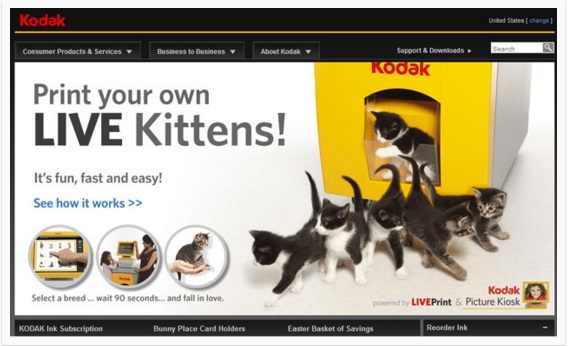 And while we aren’t at the point of printing kittens via the magic of Kodak, this week, the folks at Stratasys introduced us to a new printer that can print not just a small, brittle replica of a sneaker, but an actual sneaker with a rubber sole:

You could actually wear this printed sneaker. 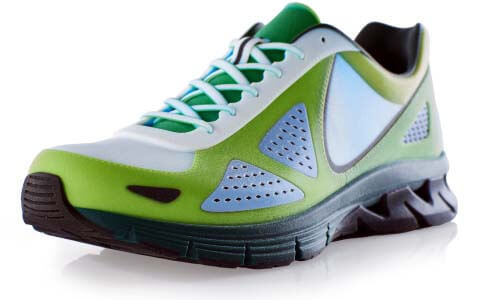 So the next time you hear about something outlandish such as “paperless printing,” don’t just outright dismiss it – who knows, there are probably researchers at Xerox’s PARC research center working on something just like it right now.

As the dust settles on Foxconn’s acquisition of two-thirds of Sharp Corporation, the acquisition question of the week becomes: who will (or won’t) buy Lexmark International? This week, we’ve had rumors of two Chinese companies, PC-maker Lenovo and ink-cartridge and chip maker Apex, reportedly making bids for the printer/MFP and enterprise-software company. At this point, Konica Minolta – once rumored to be a purchase candidate – seems to be out of the running.