(Speaking of Konica Minolta Business Systems [KMBS], this week, we noted that, as promised, KMBS U.S. is now listing 3D printers – sourced from 3D Systems – on its Web site [see below]. In total, there are six Color Jet 3D printers being marketed, and four Multi Jet 3D printers.) 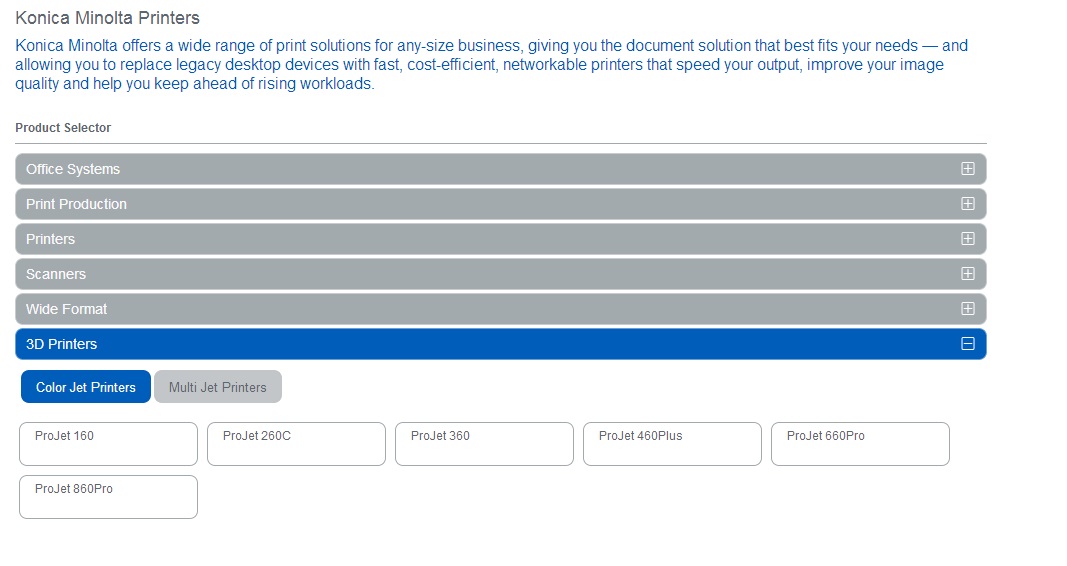 In particular this week, we take an in-depth look at OKI Data’s new A3 Executive Series. OKI has designed the new A3 LED-based MFPs to be very competitive with other A3 MFPs, as they provide as standard several features that are optional with competitive A3 MFPs, including a standard 100-sheet RADF and standard 1,200-sheet paper capacity.

Meanwhile, Ricoh continues its strategy to bring its A3 MFP feature set and ICE (Integration Cloud Environment) to its A4 desktop MFPs with its new MP C401 ($5,880 MSRP) and MP C401SR ($6,405 MSRP). Although MSRP is high compared to competitive A4 color desktop units from the likes of Xerox, Hewlett-Packard, and OKI that users can purchase directly, dealers have a lot of leeway in adjusting prices. and cost per page and total cost of ownership will likely be very competitive.

It may not come to pass, but Samsung is reportedly in talks to acquire Nuance Communications. While Nuance is most well-known for its voice-recognition technology, it also sources various products for scanning, document-workflow, and print management, such as ecopy and Equitrac, to MFP vendors. What will happen if Samsung now owns these products? The good news for MFP vendors is that Nuance is also reportedly in talks with Apple, to whom it sources, Siri, so that Samsung’s day in the sun may never happen.

This 3D Printer for Kids Brings Toy Printing to the Home